I’ve been in a bit of a slump since coming back from New Designers in London at the weekend. Rushing around after setting up the final show, (thereby hangs a tale – more on that to come!), having a break near Bradford with my parents after the Preview night, trying to prepare for the British Wool Show for my other business , then rushing around London for New Designers and taking advantage of being close to see some exhibitions means I haven’t actually woven in five weeks… and I miss it. Trouble is, the loom is in the weavery, which doubles as a stock room for YFTP and a general dumping ground for stuff that we don’t really have room for, so I can’t easily get to the loom. I also have 4-5 metres of warp from my final collection left to tie on and use up and quite frankly after seeing everyone’s work (which my natural response to is “Good grief, that’s so much better than my work!) I can’t be looking at mine anymore! But I will. Next week I will tie that warp on and finish it up, probably making some cushions up. Someone commented that they thought my small samples were table mats and I might go back and make some up. But I have to be honest, my mind is playing around with what I want to do next.
Part of me wants to just grab a pattern out of the Handweavers 8-shaft pattern book and play on the loom. Three Bears Yarns have started dyeing up cotton from English Fine Cottons spun specifically for weaving and I have just ordered two cones of that to try out. I visited Tower Mill last year to see the fledging rebirth of cotton spinning in Manchester, and even though I’m a wool girl, I was excited and I can’t wait to see what this cotton weaves up like.
In terms of designing, I have long been fascinated by the bricks in the buildings in the High Street of the town I grew up in. Many of the buildings are originally mediæval, thin but going back a way, but over time have been given a Georgian or Victorian facade. The bricks are also very much in the style of the Reading bricks Knitsonik writes about in the KNITSONIK Standed Colourwork Sourcebook, all reds and greys, in a variety of patterns. I have taken many photos over the years, most of which are not accessible from my phone, but here’s a couple to give you an idea… 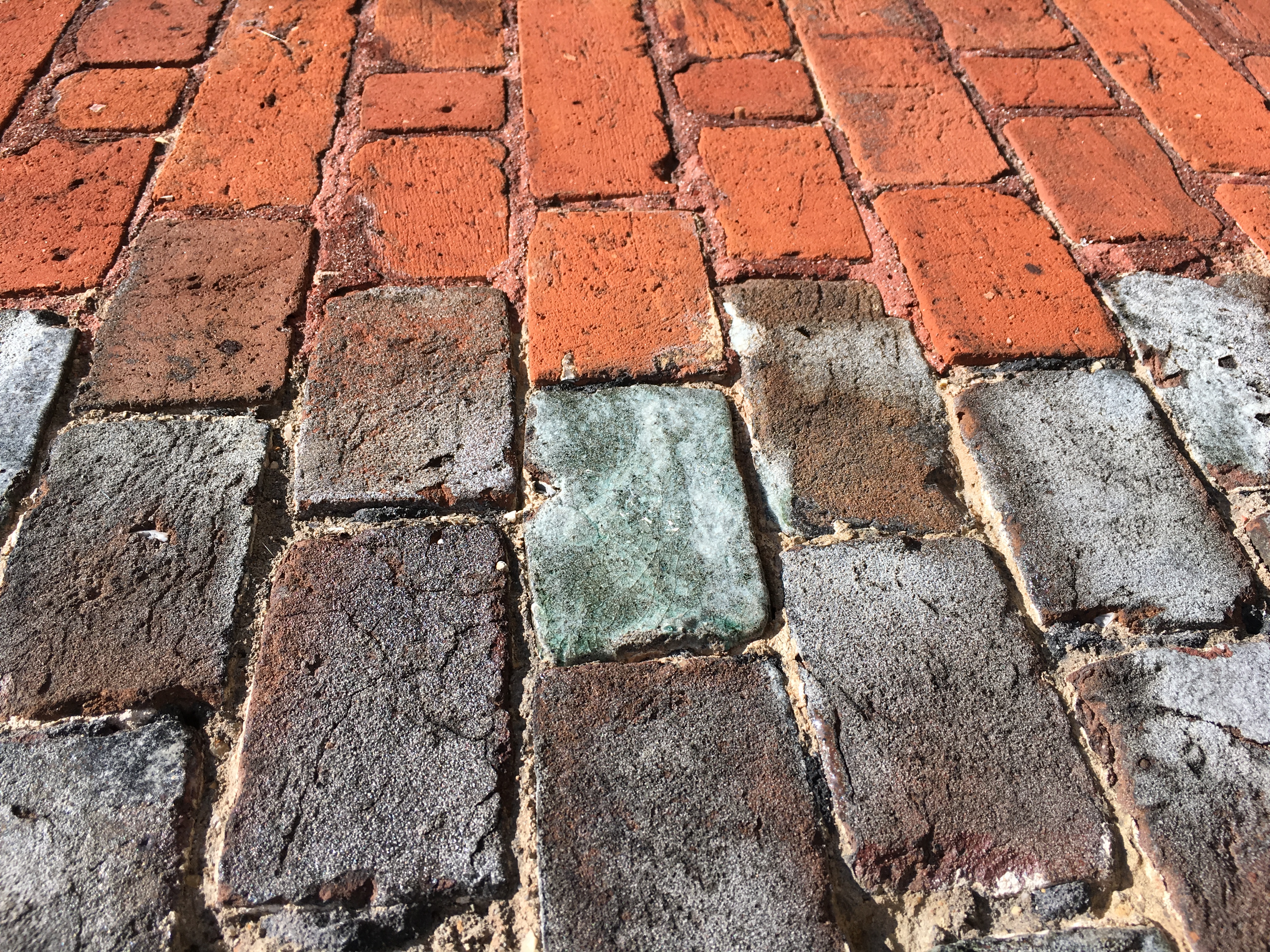 I love the fact that that greeny one seems to have a glaze on it! 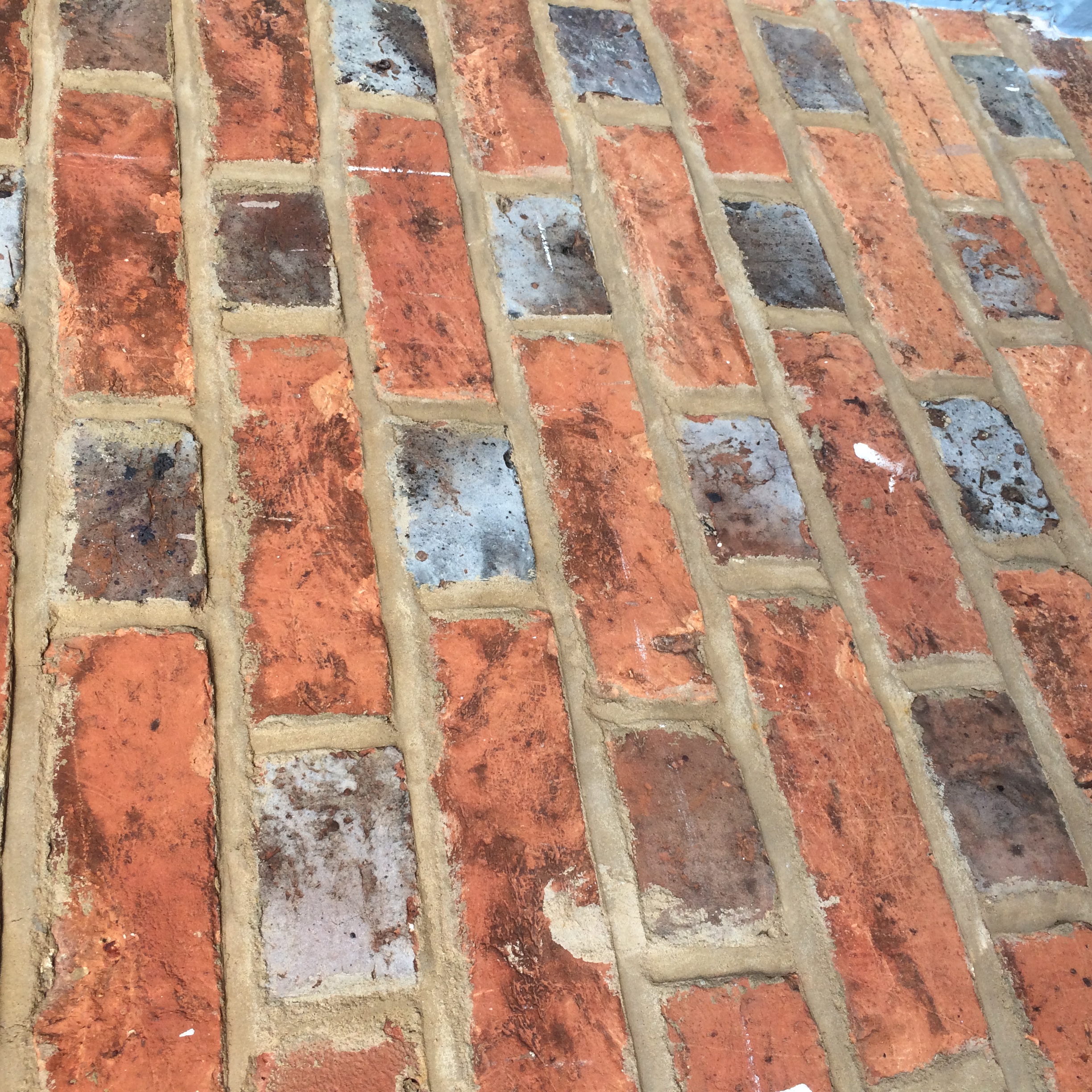 I’m thinking this could be more double weave, but I’d like to work in finer yarn than the Shetland I have been recently; perhaps silk or bamboo.
The other thing that has caught my eye is the Pavilion at the Serpentine Gallery. I was there on Saturday for the Grayson Perry exhibition and fell in love with this year’s structure, designed by Francis Kéré. 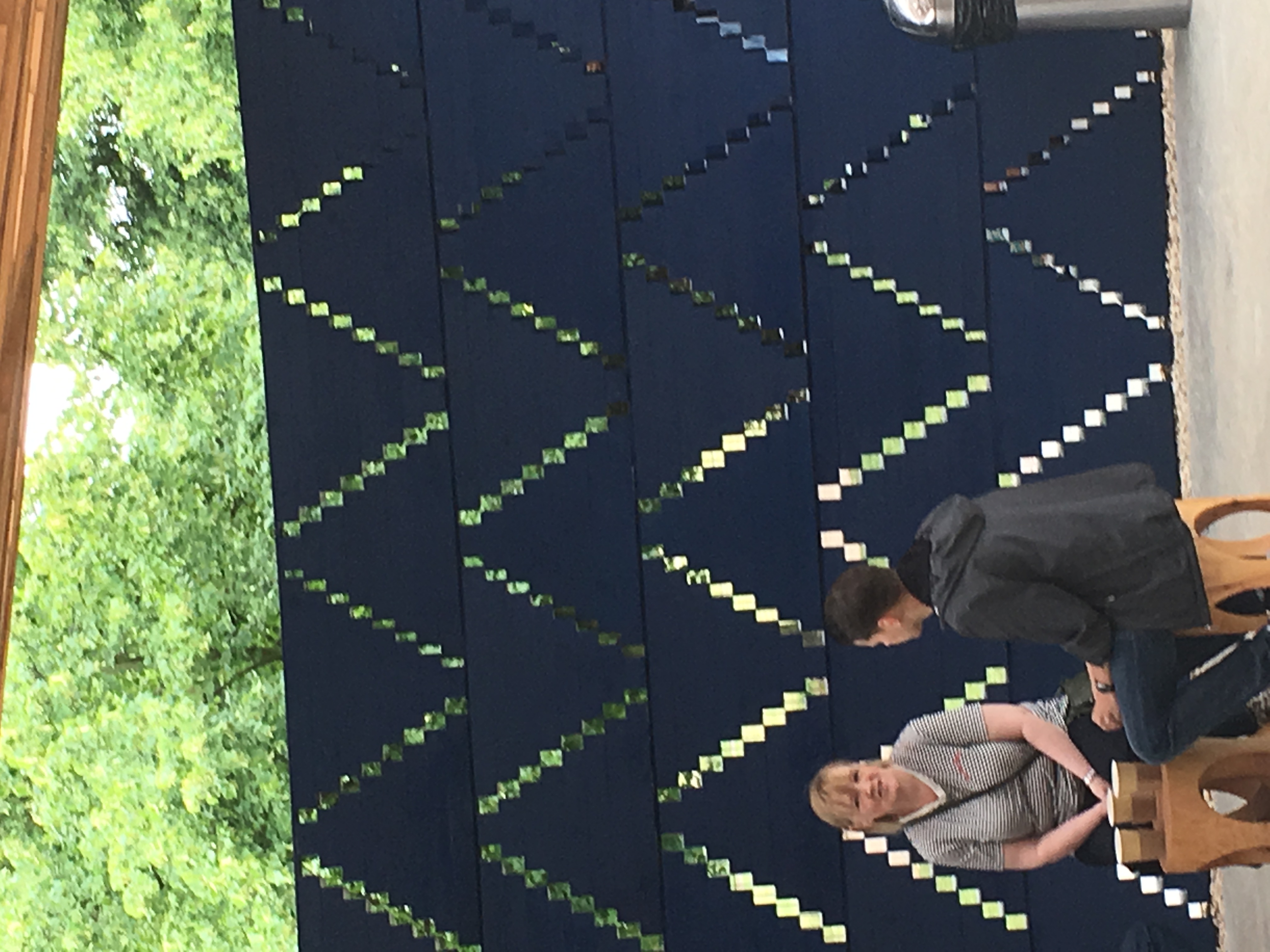 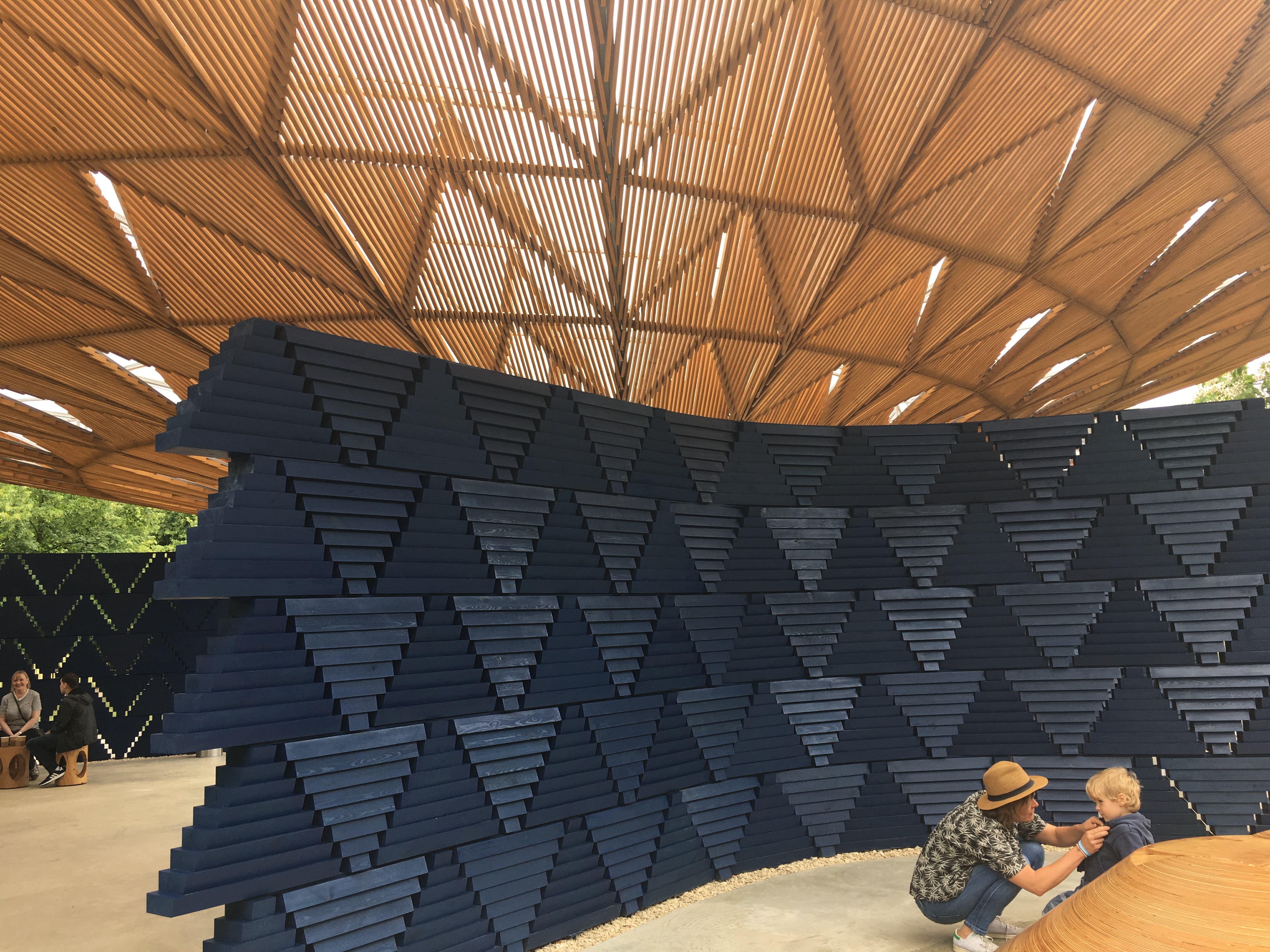 Look at the potential in the pattern – all the possible colours peeking through. I’m wondering if it might be time to try overshot?
So… inspiration really is out there, but I do seem to be drawn to buildings at the moment. What is it that is currently inspiring you?