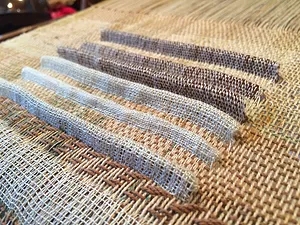 Finally! Progress is happening with Project 5. Look – I made pleats!!! 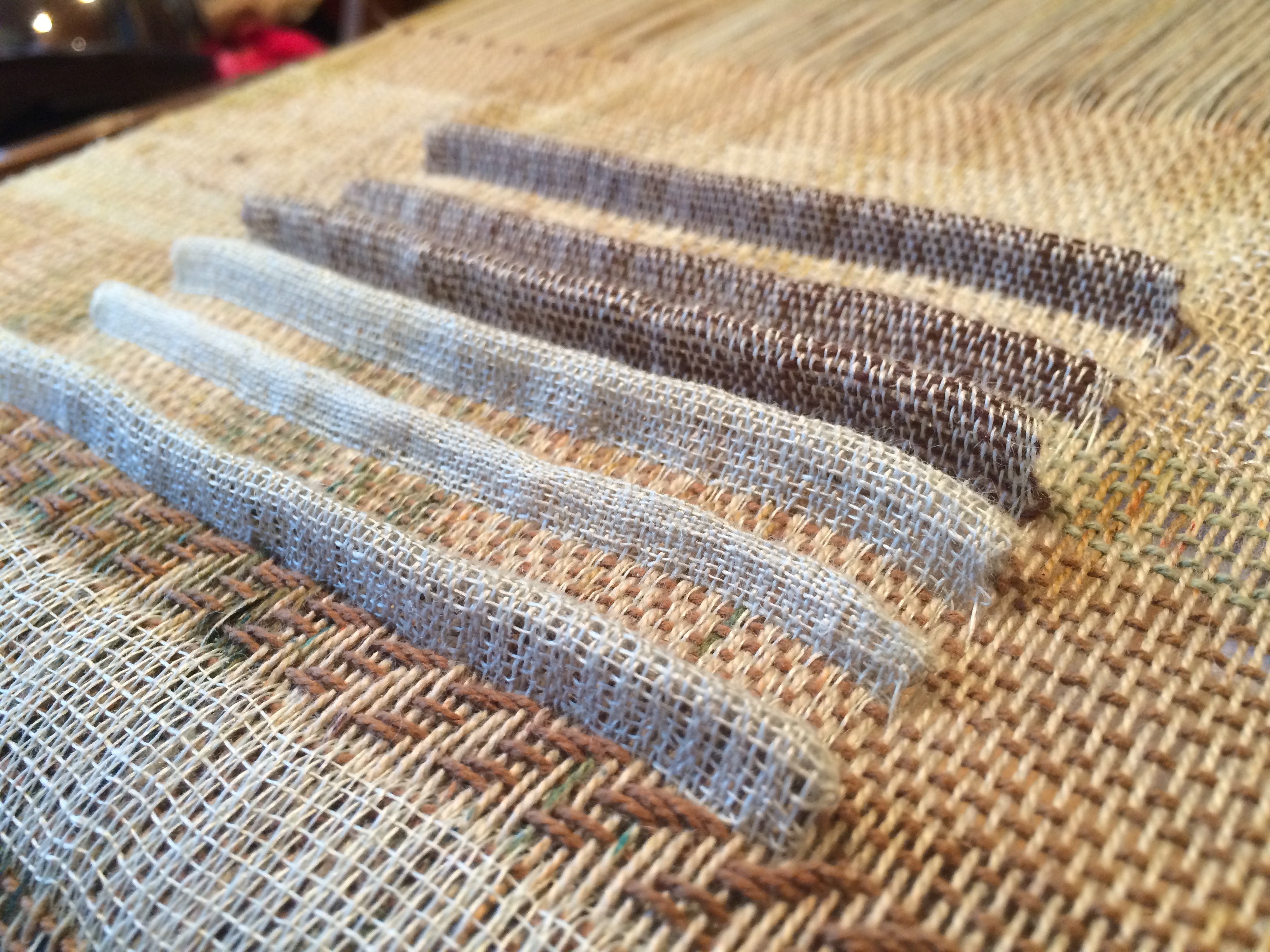 The pleats are currently being investigated to see what can be done to introduce a 3-D element to the work.
This is another idea I have explored, inspired in part by the work of Trudie Timlin Brown. Each fluttering piece of paper lists the name of one of the men from the Cheshire Regiment who was executed in WW1. I used additional Brusho dye to add colour to the warp, but it’s darker than I wanted. 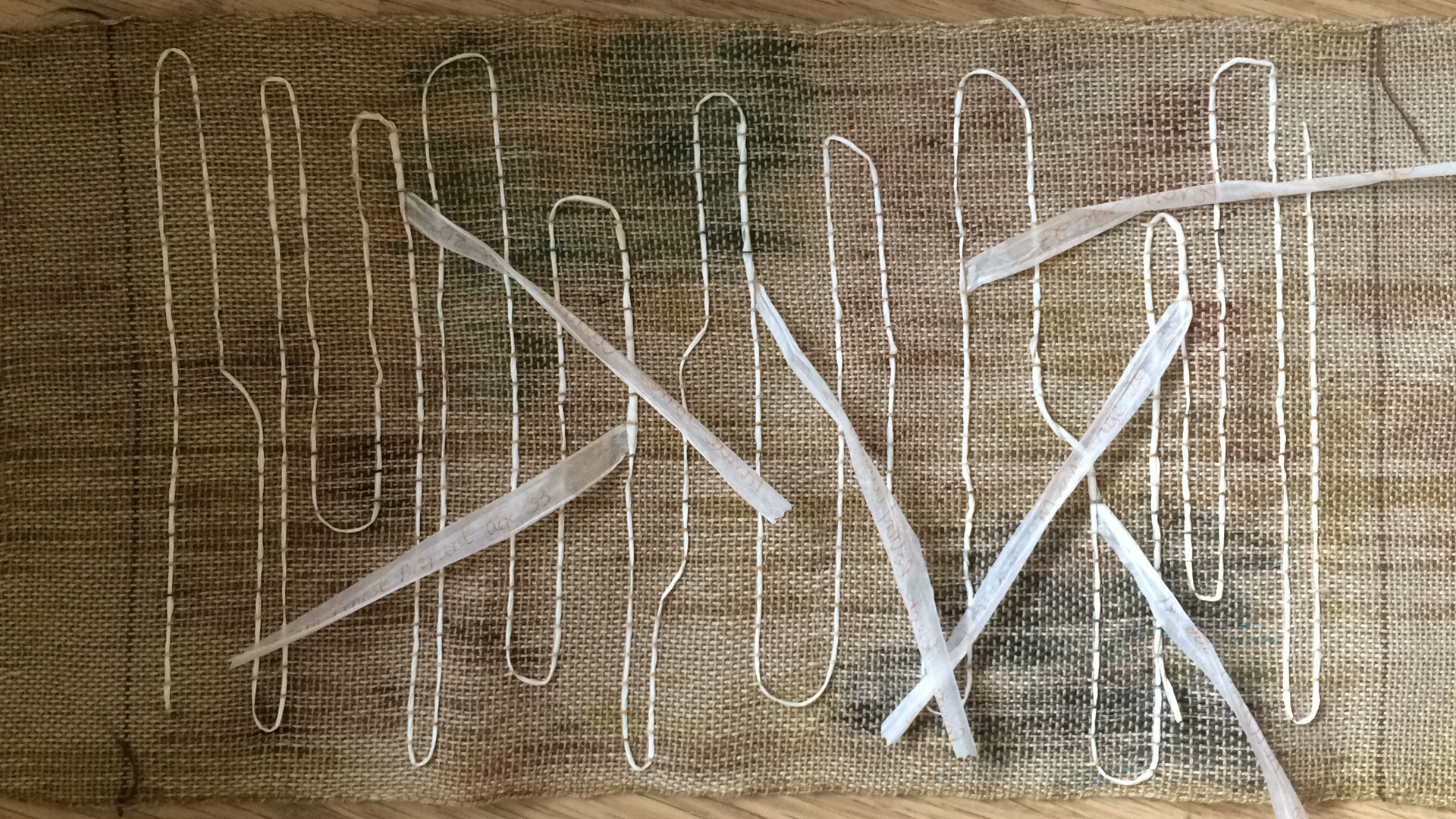 This next one is inspired by the visual effects experienced when you stand in the middle of the Shot at Dawn Memorial and look down the lines. The posts work well to suggest a vanishing point. I also decided to add a little colour to lift the browns. 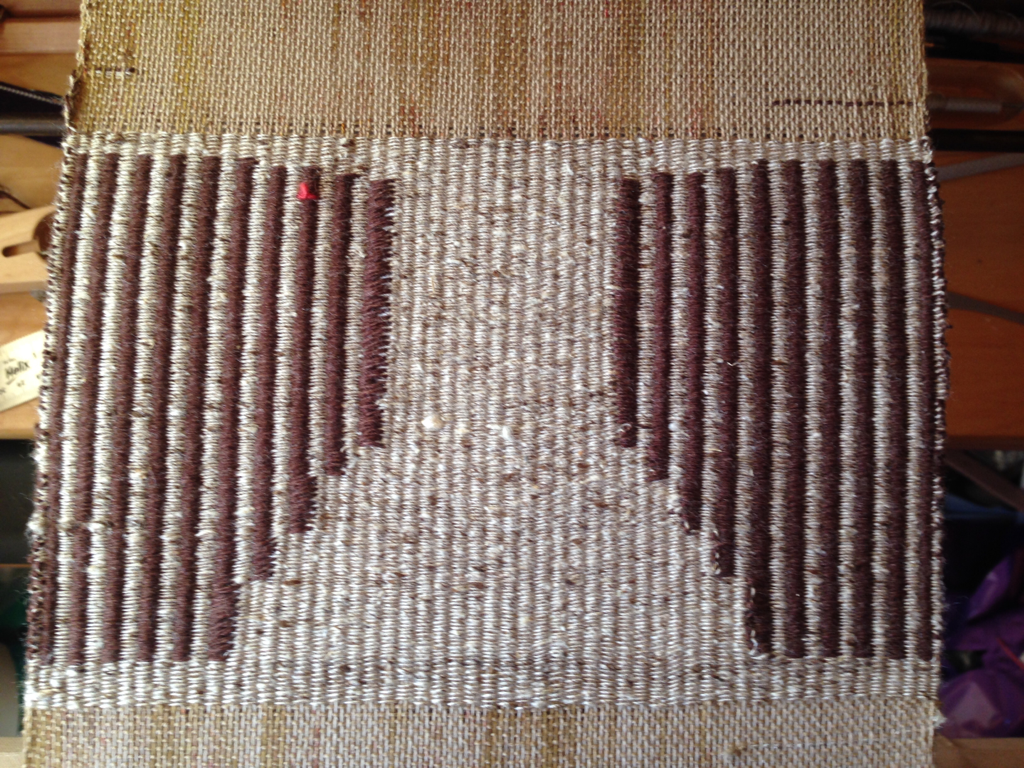 This piece is again an investigation. I want to mimic the grain of the wood in the posts using an undulating twill, but I don’t want the undulation to be completely regular and repetitive, so here I’m experimenting with height and angle of undulation, as well as exploring which colour to use. 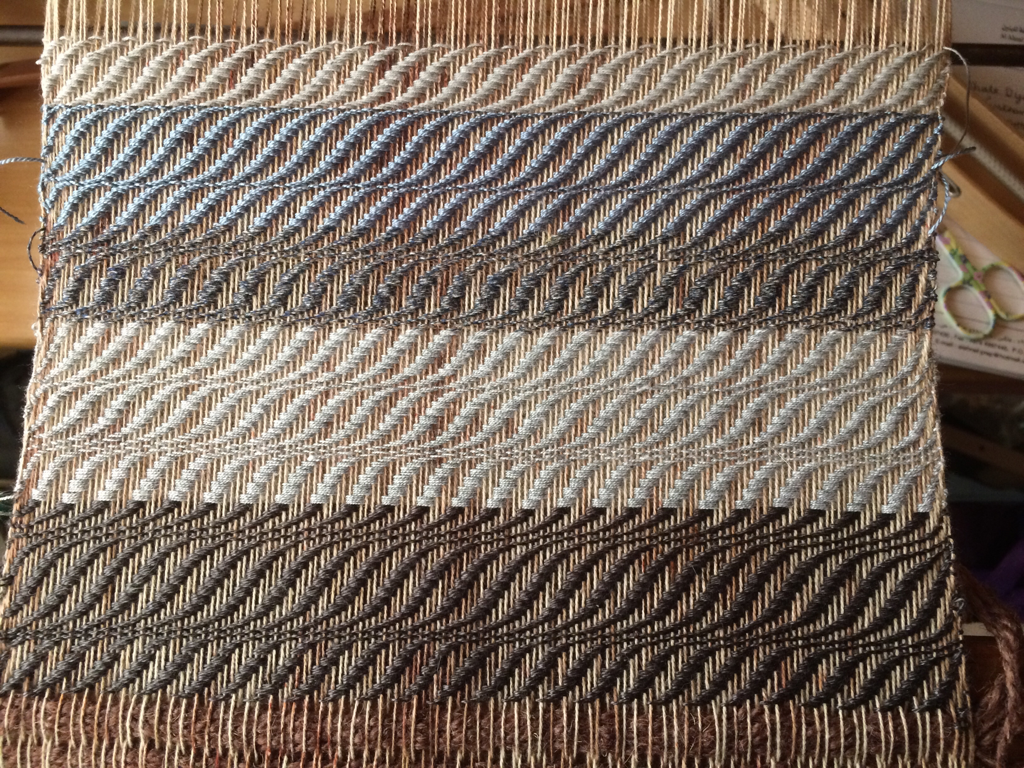 So why is this post entitled “Progress (off sorts)”? Well, on Sunday I was a passenger in a fairly horrible car crash and I’m very bruised around the torso (Not complaining though – the seatbelt really did its job!). However the depth of the loom and the height of the table it’s on mean that I’m struggling to weav for more than about 15 minutes, so I’m fairly sure I’m not going to be able to submit on time.