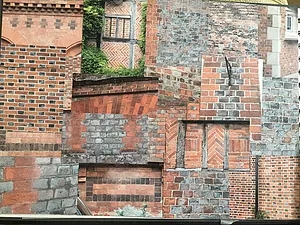 My last post was 6 weeks ago and what a prolific 6 weeks it was!
I created a double cloth design for the Bradford Textile Design Competition (that deserves a post of its own at a later date) and have also been working on items for the One Year On part of the Bradford School Of Art Summer Show in June (again, a dedicated post will be written when I’ve produced more!) but most of my Nicola Rudd Textile work has revolved around this: 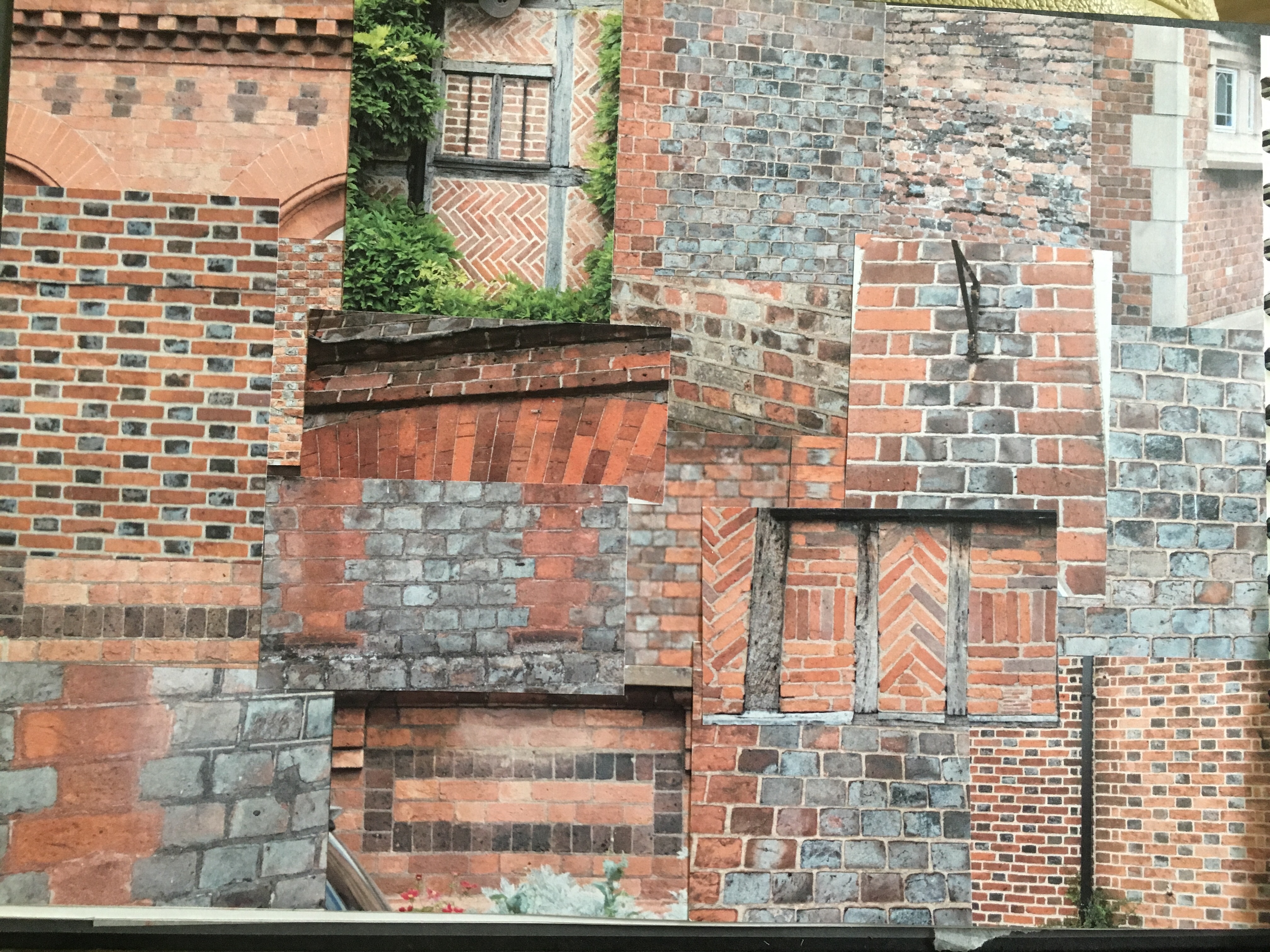 When I created this collage last year, I knew I wanted a collection based on the different brickwork patterns, using double weave to isolate solid blocks of colour. I got some initial pencil sketches done, but then ground to a halt. However, attending that sketchbook course back in February has really kickstarted everything. Here’s a little peek into my sketchbook… 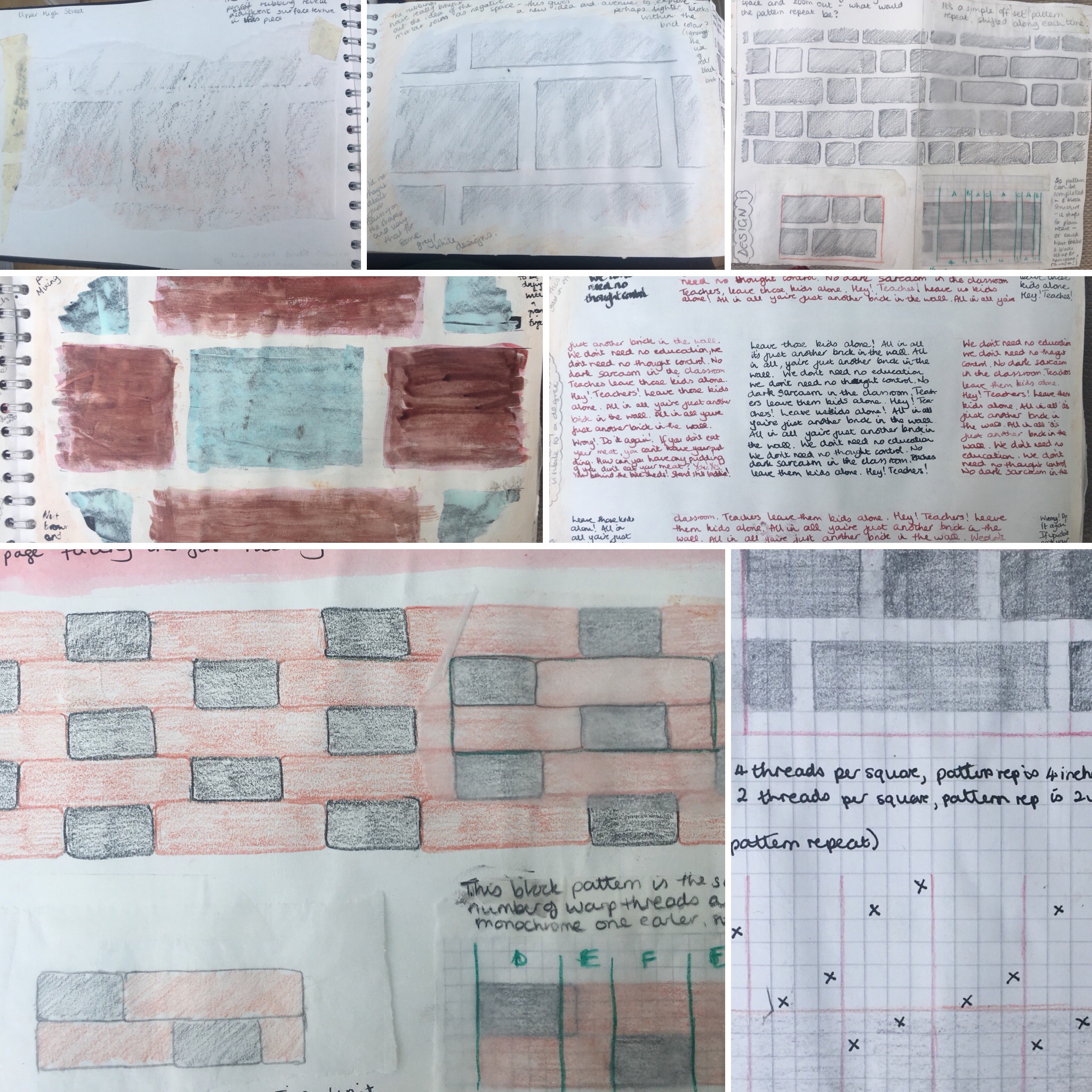 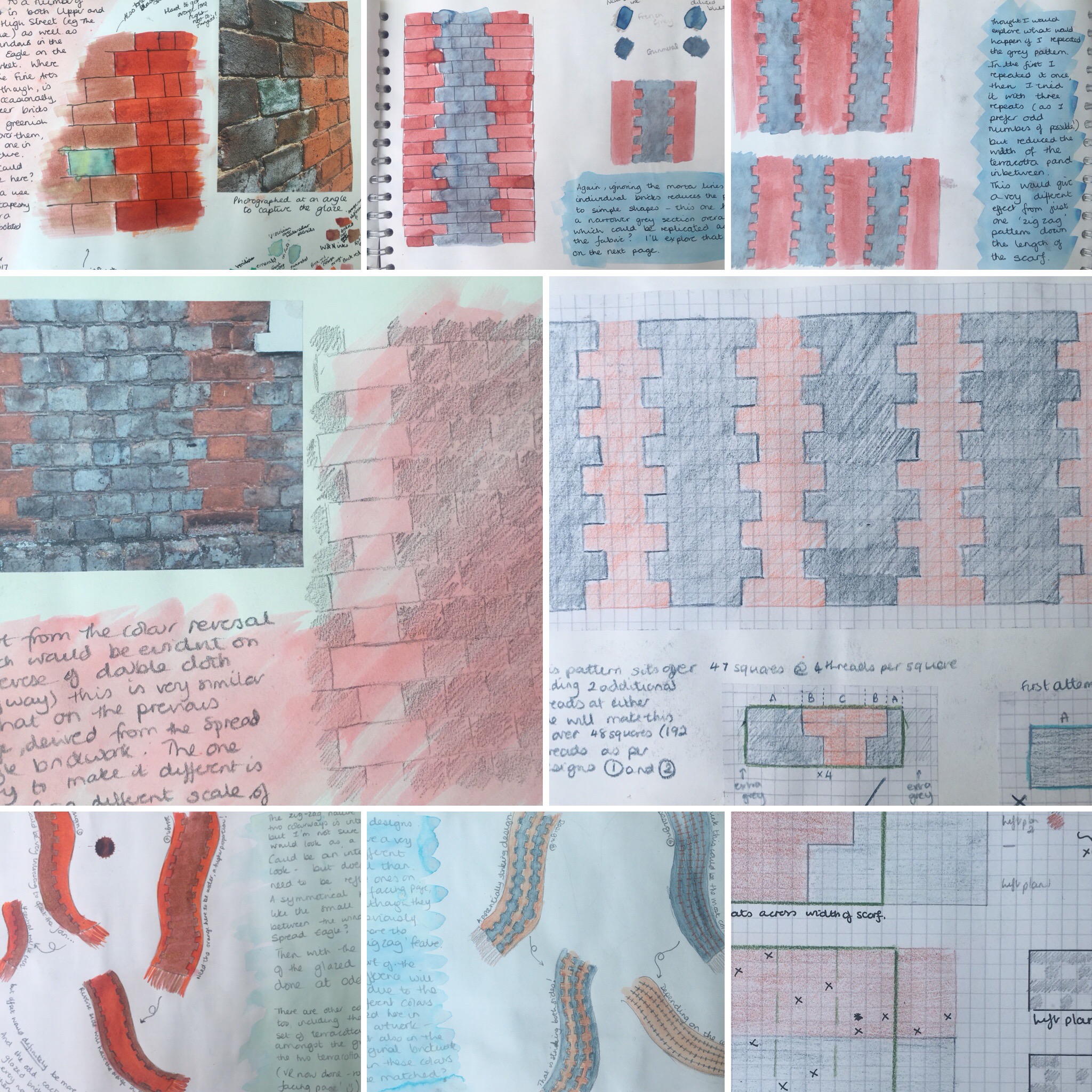 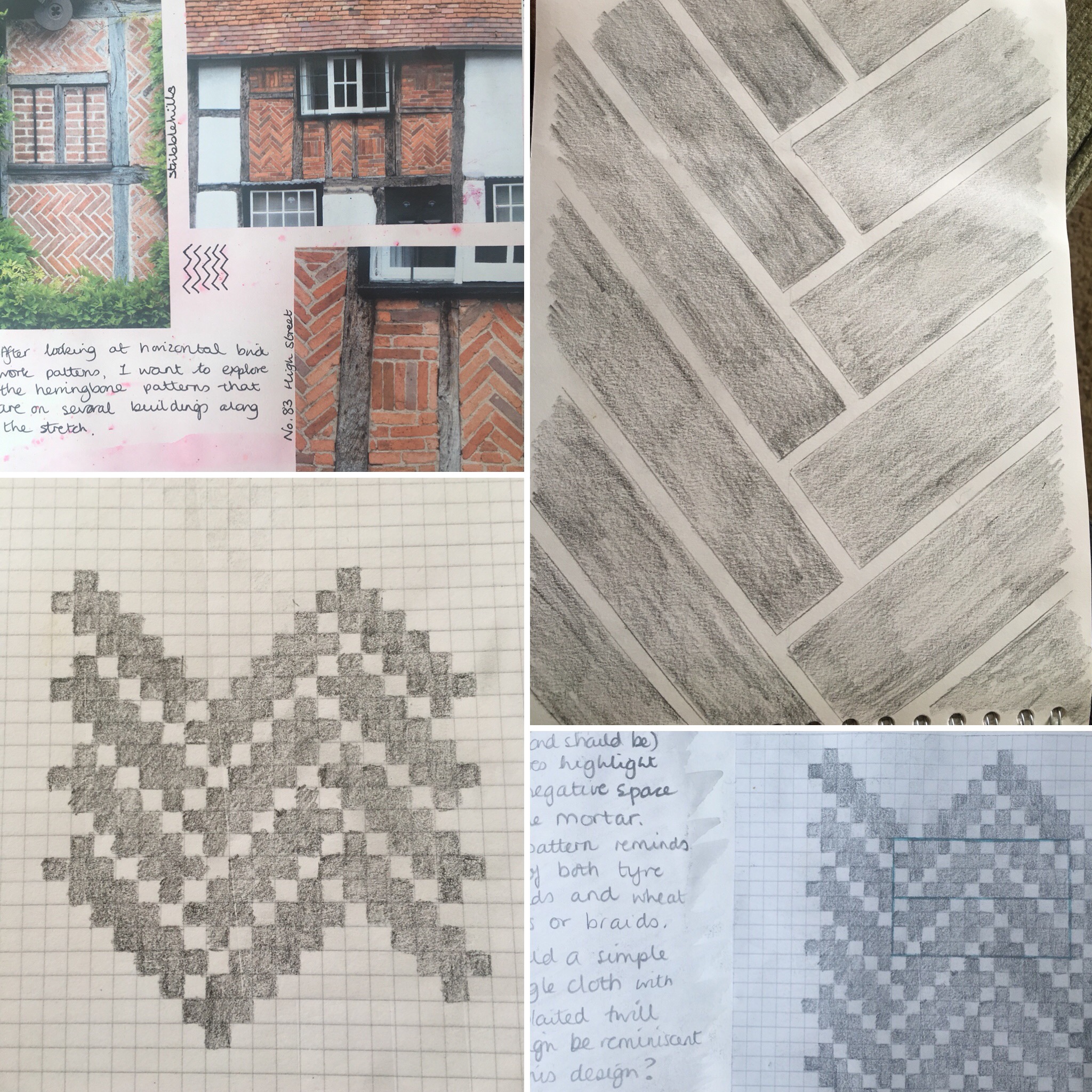 It’s been a blast. I have 8 designs so far, mainly double weave, but there are a couple of simpler constructions that will be quicker to make.
It’s not been without hiccups though… I wanted to use 8/2 Tencel, which has a lovely sheen, but the quantities needed just for one double weave scarf means I can’t even make one with the quantities I have in stash, and the amount I’d need to purchase is beyond the cash flow at present. However, weavers are nothing if not resourceful, so Friday saw me take a trip out to Fairfield Yarns to view what treasures David might have. All his yarns are mill ends, so if you see something you like, you’re best to grab it as you never know if it’ll come by again. However, he does have some things regularly, so I found a selection of colours of 2/16 soft combed cotton that I can use (at 15% of the cost of the Tencel). Obviously I’ll need to tweak all the maths I’ve done, as it’s finer than the 8/2 Tencel, but it’s not going to throw threading and lift plans out so I don’t mind too much. I don’t think I’ll have any completed in time for Showing Off at the end of this month, but I’m aiming for the Shropshire Guild of Contemporary Craft’s Summer Exhibition in July. Watch this space!